PIPe is Terra’s Pipe-In-Pipe Close-Fit Trenchless system, undertaken from manhole to manhole without requiring the excavation of launch or recovery pits. The system comprises Terra’s ISTT Award winning TERRA-EXTRACTOR cable winch, calibre head, pipe rods, tensioning plate, pipe force measuring system and pipe computer to provide the state of the art pipeline renovation system. The calibre head opens the old pipe to its original diameter without bursting it, re-instating the circular profile where the old pipe is cracked, ovalised, off-set or damaged, and allows new short sections of PP pipes to be installed.

House connections may be re-connected in an open trench or trenchless using a robot cutter. PIPe can be used from ø150 - 500 mm (6” – 25”). The new pipes have a lifetime of 50-80 years and can replace old pipes of any material. The PIPe method is regulated according e German Standard DWA M 143 part 15.

The short pipes are connected to the calibre head by means of PIPe rods and the rear tensioning plate. Each PIPe rod (patent pending) is the same length as a short pipe. For assembly of a new short pipe another new PIPe rod is simply screwed on manually. The PIPE rod is then tensioned using an electric spanner which enables the assembly of the short pipe system typically at twice the speed of conventional systems.

for plastic, lead and steel pipes

Clamps even dirty and wet cables 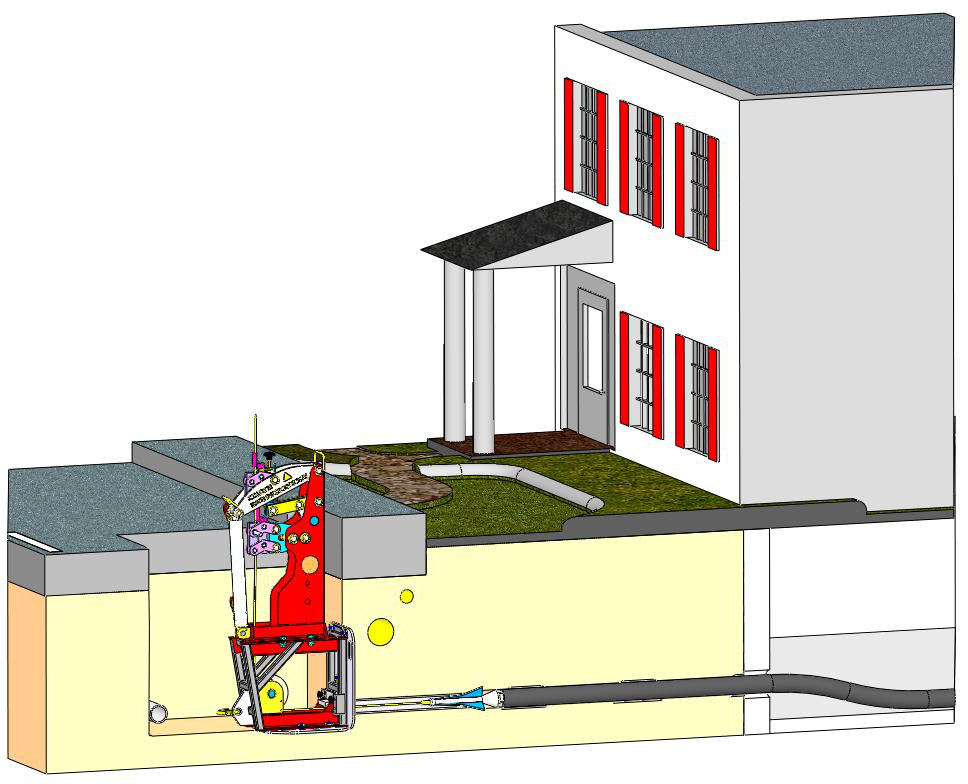 Dismountable cable-burster - start out of a cellar

Pipe Rehabilitaion with the X 400 from pit to pit 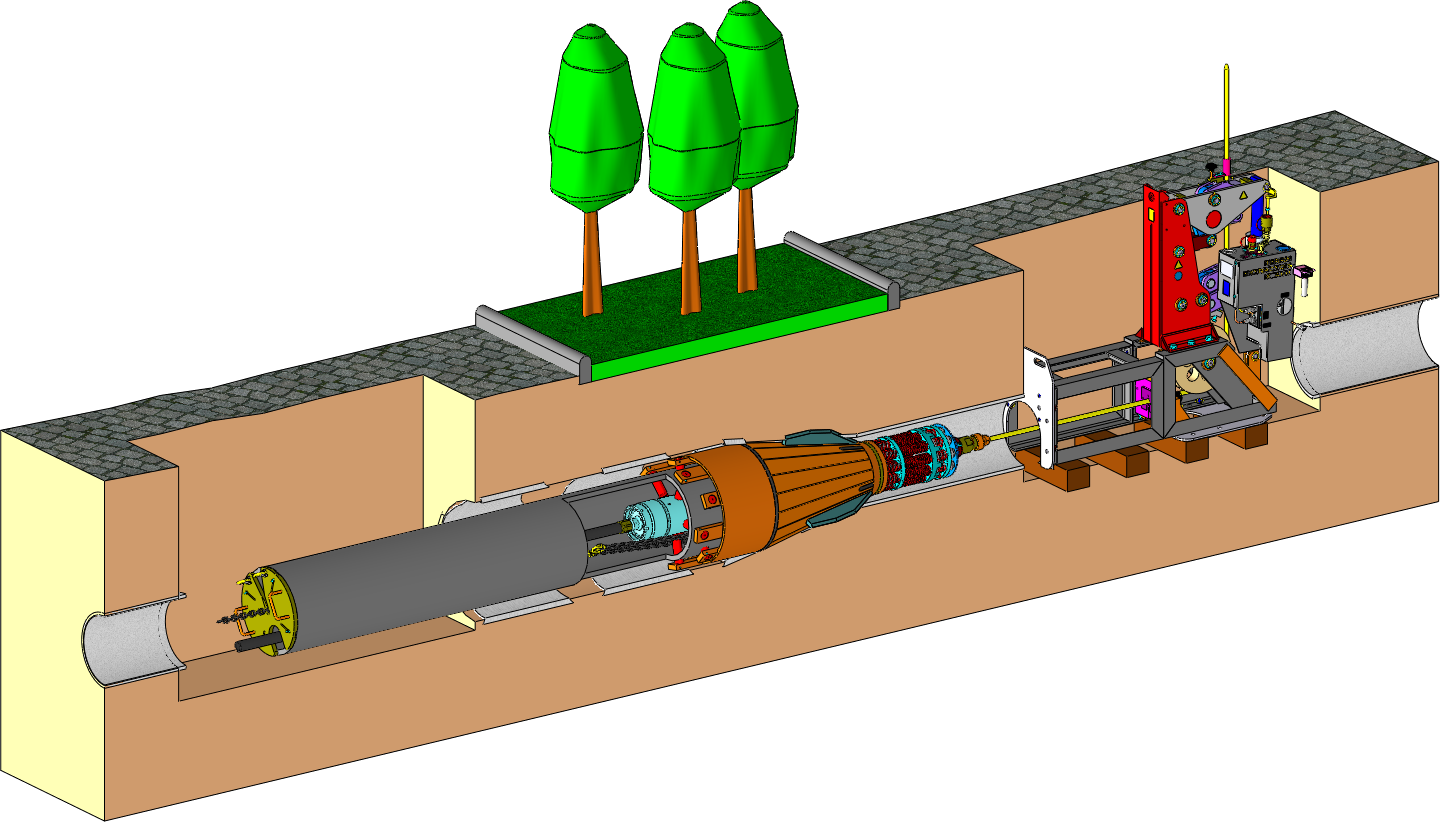 Pipe Rehabilitaion with the X 300 C from pit to pit